Chulalongkorn University proudly congratulates Professor Emeritus Vitit Muntarbhorn, a distinguished scholar of the Faculty of Law and an eminent expert on human rights, for being awarded the Knight Commander of the Most Excellent Order of the British Empire (KBE) for his significant contribution to International Human Rights.

Recipients of the Order of the British Empire are usually individuals who have rendered exceptional service in their field of work or charity.  These awards are given on the recommendation of the Secretary of State for Foreign and Commonwealth Affairs and are presented overseas by the British Ambassador or High Commissioner, or in the UK by a Minister of the Crown.  The rank entails admission into knighthood, allowing male and female recipients to use the title ‘Sir’ or ‘Dame’ before his or her name.  Recipients who are not British citizens can use the post-nominal abbreviations “KBE” after his or her name.

Professor Emeritus Vitit Muntarbhorn is the second Thai in history to receive the honorable Order of the British Empire, for dedicating himself to protect human rights. 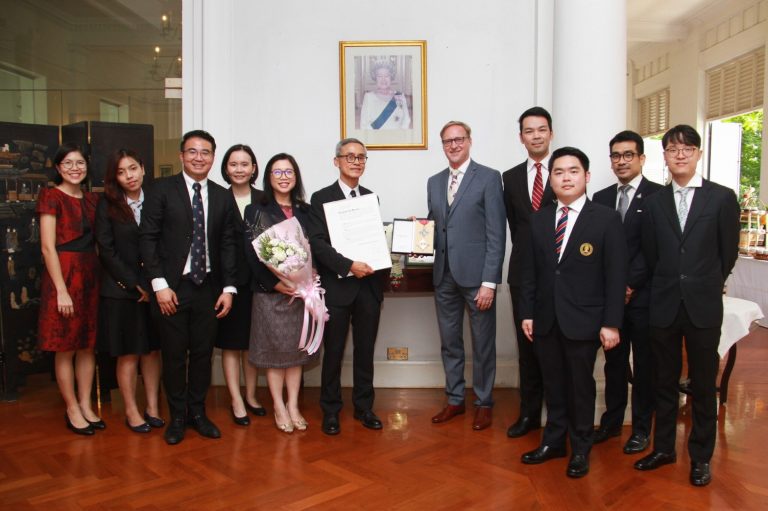