GETTING TO KNOW THAILAND 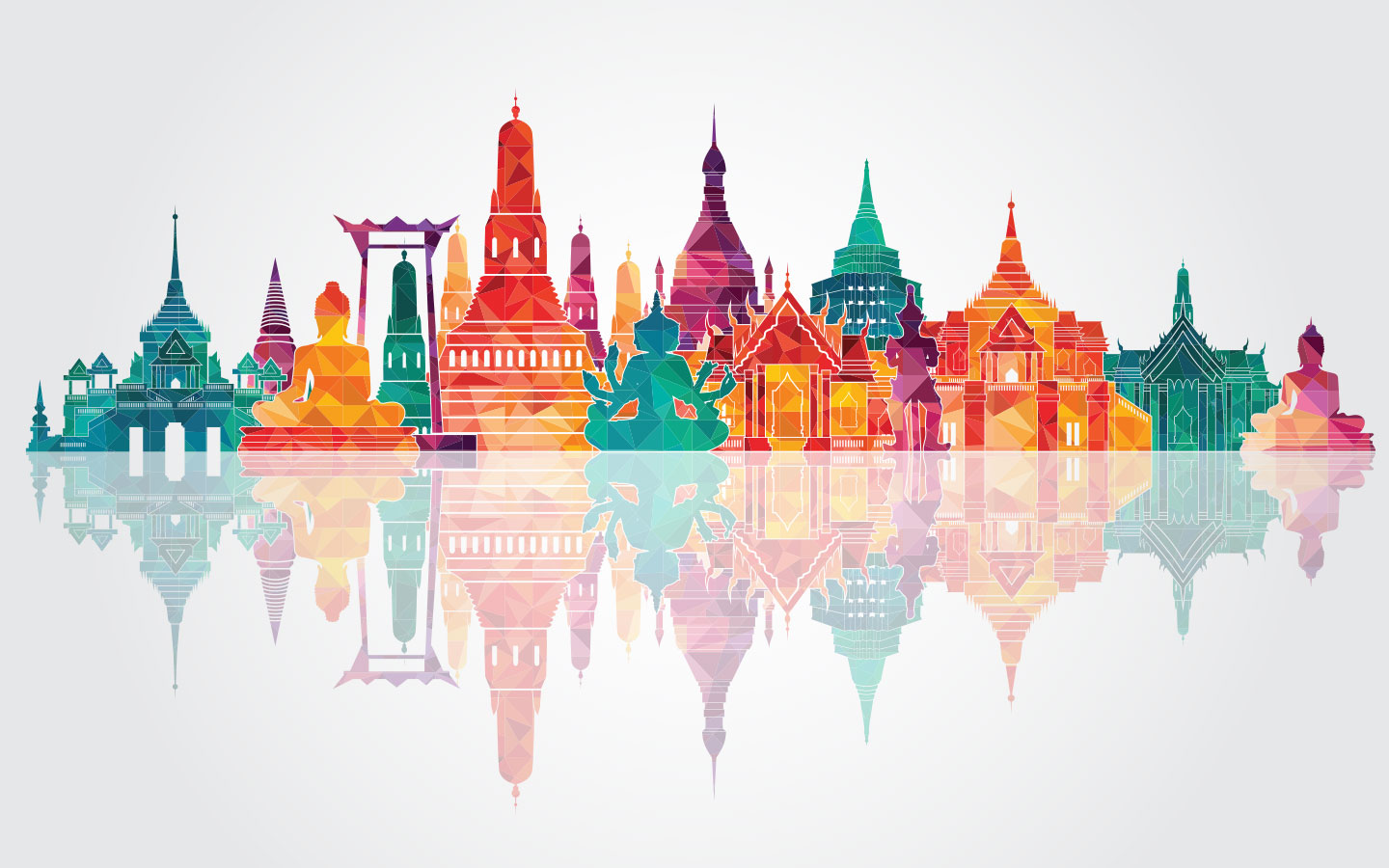 GETTING TO KNOW THAILAND

Thailand (or Pra-Thet-Thai : ประเทศไทย , in Thai meaning “Land of the Free”)

Thailand is governed by a constitutional monarchy with His Majesty King Bhumibol Adulyadej, or King Rama IX, or the ninth king of the Chakri Dynasty, as the current Head of State. The King has reigned for more than half a century, making him the longest reigning Thai monarch. Thailand embraces a rich diversity of cultures and traditions. With its proud history, tropical climate and renowned hospitality, the Kingdom is a never-ending source of fascination and pleasure for international visitors.

The Kingdom of Thailand lies in the heart of Southeast Asia, making it a natural gateway to Indochina, Myanmar and southern China. It is divided into four geographical regions: mountains and forests in the North; vast rice fields in the Central Plains; semi-arid farm lands in the Northeastern plateau and the tropical islands and long coastlines of the Southern Peninsula.

The country consists of 77 provinces that are further divided into districts, sub-districts and villages. Bangkok is the capital city and the center of political, commercial, industrial and cultural activities. It is also the seat of Thailand’s revered Royal Family, with His Majesty the King recognised as the Head of State, the Head of the Armed Forces, the Upholder of the Buddhist religion and the Upholder of all religions.

Thais are well-known for their friendliness and hospitality. A large majority of the over 68 million citizens of Thailand are ethic Thai, along with strong communities whose ethnic origins lie in China, India and elsewhere. About 8-10 million people reside in the capital city of Bangkok.

Thai (80%), Chinese (10%), Malay (3%), and the rest are minorities (Mon, Khmer, hill-tribes). Ethnic Thais form the majority, though the area has historically been a migratory crossroads and has thus produced a degree of ethnic diversity. However, cultural and social integration has brought about unity of this diversity.

Spoken and written Thai can be incomprehensible to temporary visitors; however, English is widely understood, particularly in Bangkok where it is used as the means of communication with foreigners. English and some European Languages are spoken in most hotels, shops and restaurants in major tourist destinations and Thai-English road and street signs are found nationwide.

The Monarchy is regarded as the central unifying element in the triad of the nation, kingship and religion. The Thai people maintain a deep respect for their Royal Family, and a visitor should also be careful to show respect for the King, Queen, and Royal Children.

Here is some advice:
Avoid doing anything that is considered by the Thais as disrespectful to the monarchy; for example, criticizing or making sarcastic remarks about the Royal Family, damaging their images that are displayed in public places or failing to rise when the Royal or national anthem is played.

Thailand has been governed by a constitutional monarchy since 1932. The Parliament is composed of 2 houses, the House of Representatives and the Senate.

The red, white and blue stripes symbolise the nation, religion and monarchy, respectively.

The time in Thailand is seven hours ahead of Greenwich Mean Time (+7 hours GMT).

The baht (Thai: บาท, sign: ฿; code: THB) is the currency of Thailand. It is subdivided into 100 satang (สตางค์). The issuance of currency is the responsibility of the Bank of Thailand.

The electric current is 220 volt AC (50 cycles) throughout the country. Plug adapter kits should be used with items, such as electric shavers, hair dryers, tape recorders and other appliances.

The tap water is clean but for drinking, bottled water is recommended,

Light, cool clothes are sensible and a jacket is needed for formal activities/events. Shorts (except knee length shorts), sleeveless shirts, tank tops and other beach-style attire are considered inappropriate when not actually at the beach or in a resort area. Neat attire is required when entering temples or palaces.

The metric system is used throughout Thailand. Numerals on vehicle speedometers, highway markers and speed limits are all metric.

At present, home telephone numbers (for local calls and long distance calls within the country) have nine digits, while mobile phone numbers have 10 digits.

The vocabulary of academic ranks: