The Life of Mahatma Gandhi: A Photo Exhibition 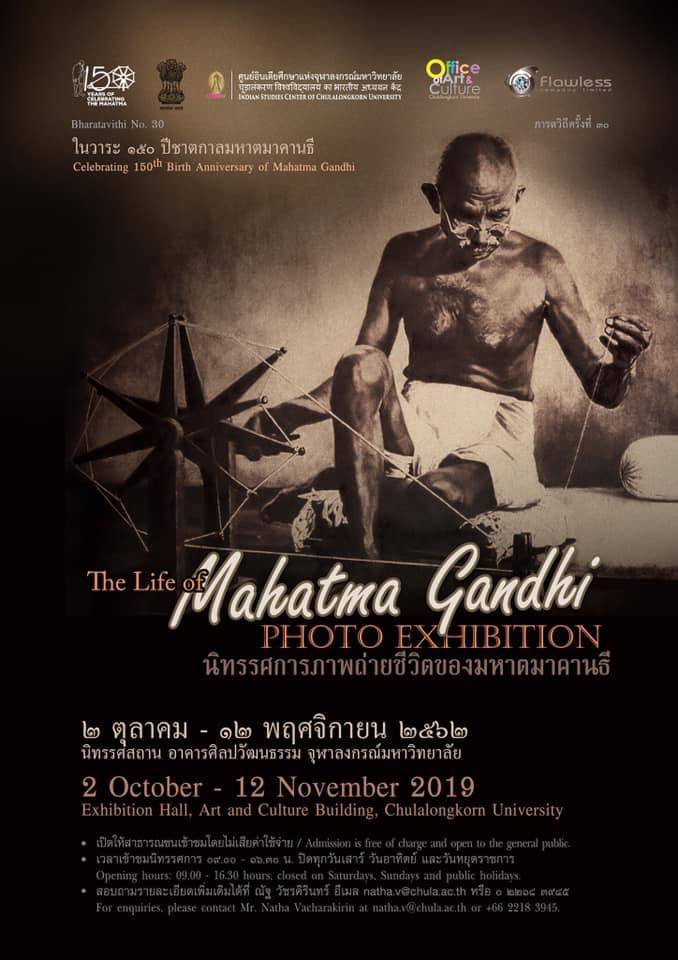 Chulalongkorn University’s Indian Studies Center and the Office of Art and Culture, in collaboration with the Embassy of India in Thailand, have organized a photo exhibition on “The Life of Mahatma Gandhi”.  The exhibition marks the 150th anniversary of the birth of the Indian political activist and is a tribute to Gandhi’s courageous political movement and economic philosophy.  The pictures are displayed on weekdays at the Exhibition Hall, Art and Culture Building, Chulalongkorn University, during 2 October – 12 November 2019, from 9:00 am to 4:30 pm.  The exhibition is closed on weekends and public holidays.  Entry is free.

Mohandas Karamchand Gandhi was born in 1869 into the time of the British Raj.  He was known as a peaceful protestor and a nationalist movement leader against the British rule in India during the 1940s and was.  Over the years, he fought for Swaraj or self-governance, which refers to his concept for Indian independence from foreign domination.  Unfortunately, Gandhi was assassinated shortly after India gained independence on 30 January 1948.  Today, Gandhi is hailed as the Father of the Nation in India.